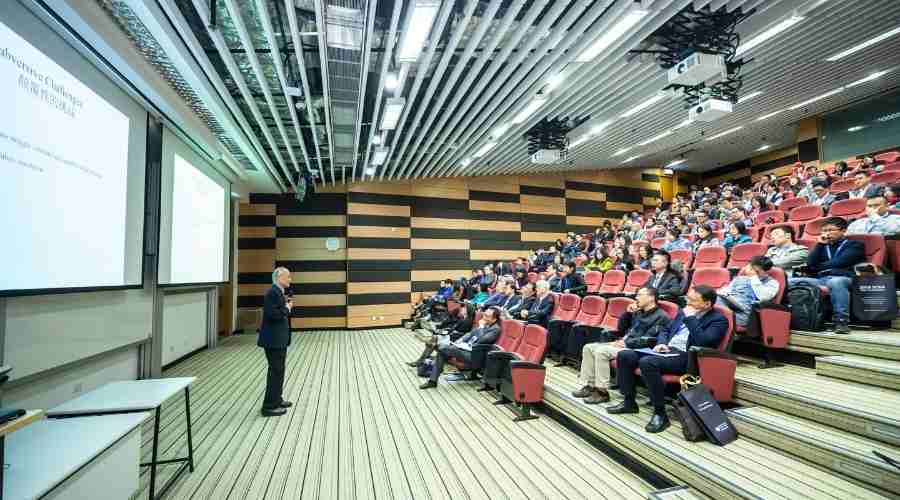 Seminars are an essential part of any educational curriculum, especially in engineering. Both attending and conducting seminars give one a new perspective and a different field to explore. At the end of it all, one learns something new. Many engineering colleges like the Arya College Main Campus conduct such seminars regularly as part of their curriculum. Having an interesting topic while conducting a seminar is like a half-done job, as an interesting topic can hold the audience's attention. So here are Seminar Topics Ideas for Computer Science.

An operating system can be said to be a collection of applications that work together to administer a computer's resources and overall functions. Its purpose is to help a computer installation run smoothly. Its primary focus is to enhance a computer system's productivity and effectiveness while also increasing the system's utility or convenience of being used. Something of a company's management and operating system is accountable for the computer system's seamless and effective functioning. It also makes the computer system increasingly user-friendly. In other words, it makes it simpler for people to interact with and use computers.

Internet Telephony is a concept that will prepare you to have a very different perspective on long-distance phone calls. Internet Telephony, also known as Voice over Internet Protocol, is a means of converting analog audio signals, such as those heard on the phone, into digital data sent over the Internet. So what is the benefit of this? First, Internet Telephony allows you to make free phone calls using your regular Internet connection.

As a result, if you get some of the free Internet Telephony software available to make Internet phone connections, you are completely circumventing the phone provider (and its expenses). Internet telephony is a game-changing technology that can overhaul the globe's phone networks. Internet telephony companies such as Vonage have been there for a while, and they have been continuously rising. Major carriers such as AT&T are currently testing Internet Telephony calling options in numerous markets across the United States, and indeed the FCC is actively considering the service's possible repercussions.

This topic would be a very good Seminar Topics Ideas for Computer Science as this topic will be talking about free software, or simply the free software licences. We also require relief from software patents so that our liberty is not hampered. However, there seems to be a third form of freedom that we require: user freedom. Expert users do not accept a system in its current state. They enjoy adjusting the settings and using the program that best suits their needs. This includes both window managers and your preferred text editor. However, even on a GNU/Linux system composed entirely of free software, you will be unable to utilise the network protocol, filesystem format, or binary format without special permissions.

The system administrator on classic Unix systems severely restricts user freedom. The Hurd is based on CMU's Mach 3.0 kernel and takes advantage of Mach's virtual memory management and message-passing features. The Hurd will be called for services that the GNU C Library cannot provide. Michael Bushnell is in charge of the Hurd's formulation and construction, with help from Roland McGrath, Richard Stallman, Jan Brittenson, and many others.

The Human-Computer Interface (HCI) is concerned with how computers and their users interact. It's the process of creating user interface software that makes computers enjoyable to use and does what consumers desire. Working with HCI necessitates understanding both the computer's hardware and the human side. As a result, human psychology, as well as physiology, must be considered.

This is perhaps because, to improve two-way communication, both parties must be aware of their skills and limitations. Therefore, this course also covers principles and guidelines that should be considered while creating a decent HCI. Presentation Design, Dialogue Design, and General Input and Output are just a few subjects covered.

All cognitive operations are implemented in the human brain. It is where a person receives, analyzes, and retains information at the end. The sense organs can analyse information and send it to the brain quicker and more precisely than the brain could comprehend. Several models have been created to employ a computer analogy to represent brain functions, with varying results. They are, nonetheless, quite important since they provide us with a model to highlight strong and weak points.

A 3D world must be replicated as faithfully as feasible on a computer monitor for various applications. 3D animations within games, movies and other real-world simulations are examples. Due to the large quantity of data that should be used to build a realistic 3D world and the sophisticated mathematical procedures that must be employed to reflect this 3D world onto a computer display, representing a 3D world requires a lot of computational power. Due to massive amounts of calculation and data, computing time and bandwidth seem to be at a premium in this situation.

The basic task of a GPU is to provide powerful graphics resources, such as a graphics processor and also memory, to help alleviate some of the load from the primary system resources, such as the Main Memory, Central Processing Unit, and also from the System Bus, that would otherwise become overburdened with graphical operations and I/O requests. The abstract purpose of a GPU, on the other hand, is to provide the most realistic depiction of a 3D world conceivable. As a result, these GPUs are built to give additional processing capacity tailored to certain 3D workloads.

A graphics processing unit (GPU) is indeed a microprocessor dedicated to processing three-dimensional graphics. The CPU includes lighting, integrated transform, triangle setup/clipping, and rendering engines, allowing it to do millions of maths-intensive operations per second. GPUs are at the heart of current graphics cards, taking on much of the graphics processing work from the CPU (central processing units). As a result, GPUs enable items like desktop PCs, laptop computers, and video game consoles to perform real-time 3D visuals that were previously only possible on elevated workstations.

The OS needs to provide the appropriate abstractions and services for such enterprise apps to function effectively on Linux or just about any operating system. These enterprise apps and software suites are progressively created as multiprocess/multithreaded applications. Such application suites are frequently made up of several separate subsystems. Given their functional differences, these apps frequently need to communicate with one another, and, on occasion, they must share a shared state.

Database systems, for example, often keep pooled I/O buffers in userspace. Accessibility to such a shared state should always be synced appropriately. Allowing multiple procedures to access the same resource in a time-sliced way, or potentially sequentially in the instance of multiprocessor systems, can lead to various issues. This seems to be due to the necessity to preserve data consistency and genuine temporal dependencies and guarantee that each thread releases the resource correctly when it has done its task. Locks can be used to establish synchronisation.

Extreme Programming (XP) is a method of software development that is deliberate and disciplined. It should be about six years old and has since been demonstrated in various firms of various sizes and industries around the world. XP's success is due to its emphasis on client happiness. The process is built to get your customer the software they need when they need it. Especially later in the life cycle, XP enables software engineers to respond reliably to the changing customer requirements.

This strategy also stresses collaboration. Managers, consumers, and developers all seem to be members of a team committed to producing high-quality software. XP provides a simple yet effective method for developing groupware applications. S simplicity, communication, feedback, and boldness are four ways XP enhances a software project. Customers, as well as fellow programmers, interact with XP programmers. They keep things simple and tidy in their design. They receive feedback through testing their program from the beginning. They supply the system to consumers as soon as possible and make any necessary changes.

XP programmers can respond bravely to ever-altering requirements and technology because of this basis. XP is distinct. It's similar to a jigsaw puzzle. There are numerous little parts. Individually, the parts make absolutely no sense. However, when put together, they form a full picture. This is a big divergence from standard software development methodologies, and it heralds a paradigm shift in programming.

DNS can be described as a hierarchical name system for services, computers, and any other resource connected with the Internet or perhaps any private network. It links numerous pieces of information to domain names allocated to each user. Most crucially, it converts domain names significant to humans into numerical (binary) identities linked with networking equipment so that these devices may be located and addressed globally. The Domain Name System is sometimes referred to as the "phone book" of the Internet since it converts human-friendly computer identifiers into IP addresses. For instance, www.example.com is equivalent to 192.0.32.10.

The Domain Name System allows you to assign meaningful domain names to a set of Web users, regardless of their actual location. As a result, even if the present Internet routing arrangements alter or perhaps the participant utilises a mobile device, World Wide Web (WWW) linkages, as well as Internet contact information, could remain consistent as well as constant. IP addresses like 208.77.188.166 (IPv4) or 2001:db8:1f70:: 999:de8:7648:6e8 are perhaps very difficult to remember than domain names . People take advantage of this by reciting significant URLs and e-mail addresses without constantly worrying about how the machine will find them.

The existence or lack of an authorised handwritten signature determines the authenticity of several financial, legal, and other documents. The signature enables the customers of the signed agreement to authenticate the sender's claimed identity. In addition, if somehow the sender later retracts the document's contents, the recipient could use the sign to establish the document's legitimacy.

With the replacement of physical delivery of ink and paper documents by computerised message systems, a sensible option for electronic data authentication is required. Various solutions have been created to address this issue, but the need for a "digital signature" is unquestionably the most effective.