Opportunities for an engineer in government sector 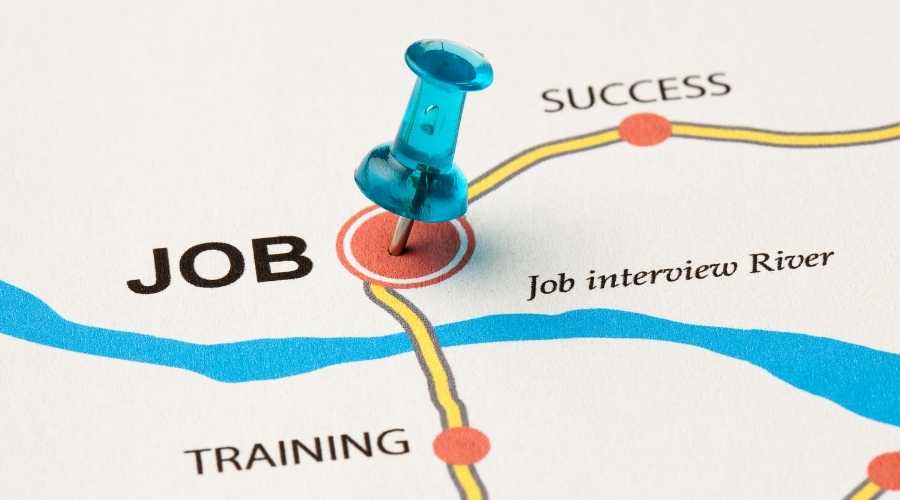 Nothing beats government positions in terms of stability and security, and with the new pay commission in place, remuneration is now on a level with private jobs. Government personnel are entitled to substantial salaries and bonuses on a variety of occasions, as well as a pension when they leave. A variety of engineering fields can assist in obtaining government jobs. For example, the main discipline of electrical engineering includes work in various heavy industries.

Electrical engineers can seek employment in the State Electricity Board, Indian Railways, BHEL, BSNL, DRDO, Indian Army, Indian Navy, and other government agencies. Chemical engineering is another sub-branch that can lead to a profitable job in the government sector, such as the Drug Department, Indian Oil Corporation, Fertilizer Corporation of India, Government Managed Refineries, DRDO, ONGC, and so on.

What are the top opportunities for an engineer in government sector?

Careers with ISRO would require creating and developing launch vehicles, satellites, and other space-access technology. It also necessitates engineers for research and development in space science and planet exploration. The yearly salary ranges from Rs.3 Lacs to Rs.10 Lacs, depending on the role.

ISRO maintains the two satellite navigation systems, GAGAN and NAVIC, and has the world's biggest network of remote-sensing satellites. Jawaharlal Nehru founded the Indian National Committee for Space Research (INCOSPAR) under the Department of Atomic Energy (DAE) in 1962. ISRO created Aryabhata, India's first satellite, which the Soviet Union launched on April 19, 1975. ISRO launched satellite RS-1 on its SLV-3 in 1980, making India the sixth country capable of orbital launches. ISRO's activities have had a substantial impact on India's socio-economic growth.

They have assisted both civilian and military sectors in various areas such as disaster management, telemedicine, and navigation and surveillance operations. Rocket parts were frequently delivered on bicycles and bullock carts in the early days of ISRO. ISRO spin-off technologies have resulted in critical advances for India's engineering and medical industries. PM Nehru established the Indian National Committee for Space Research (INCOSPAR) in 1962 at the request of Vikram Sarabhai. Thumba Equatorial Rocket Launching Station's initial Director was H.G.S. Murthy.

Following that, an indigenous series of sounding rockets known as Rohini was built and launched beginning in 1967. A space commission and the Department of Space (DOS) were established in 1972 to oversee space technology development in India. ISRO spent seven years developing a Satellite Launch Vehicle capable of delivering 40 kg (88 lb) into a 400 km (250 km) orbit. Its initial launch, in 1979, carried a Rohini technology payload but was unable to place the satellite in the appropriate rotation. It was followed by a successful launch in 1980, making India the seventh country after the USSR, the United States, France, the United Kingdom, China, and Japan to enter Earth's orbit.

The Defence Research and Development Organization (DRDO) is a vast network of over fifty facilities dedicated to developing defence technology.

The DRDS employs around 5,000 scientists operating over 25,000 additional subordinate scientific, technical, and support staff. The DRDO secured technology transfer agreements with 16 Indian firms, including three startups, to create items for the Indian Armed Forces. This comprised goods with a long shelf life, excellent nutrition, and ready-to-eat on-the-go food that could be enjoyed in rough terrain and terrible weather.

The DRDO and ISRO have decided to work on Gaganyaan, India's crewed orbital spacecraft project. It has developed specific hand sanitizer formulations and diagnostic kits under WHO norms and guidelines, distributed in large quantities to civilian and defence personnel.

It also inked an arrangement with Indian Telephone Industries Limited to transfer expertise on low-cost multiplexed ventilator technology, with 80 to 90 percent of manufacturing components in India. As of April 11 2020, the DRDO has transferred technology to 30 major corporations to create different non-medicine goods against the COVID-19 pandemic, including a ventilator, sanitizer, personal protective equipment, a face shield, and an isolation shelter.

India is home to 25% of all engineers globally, and engineers occupy more than 50% of significant positions after passing the test.

The GATE examinations are used in the recruiting process. Employees at Indian PSUs typically earn between 12 and 15 lakhs per year.

With 1.4 million employees, Indian Railways is one of the world's largest employers. Locomotive engineers, locomotive superintendents, senior section engineers, signal and interlocking engineers, train light engineers, and other positions are available on the railways. Applicants must pass either the Railway Recruitment Board's placement test or the UPSC's Engineering Services Exam.

There are many exams one could take to avail the opportunities as an engineer in the government sector.

Engineering graduates can apply for core engineering employment in their area of expertise. There are a variety of tests/recruitment procedures designed expressly for them and exams with minimal qualifying requirements of a graduate degree or a higher secondary education. GATE (Graduate Aptitude Test in Engineering) and UPSC IES (Union Public Service Commission's Indian Engineering Services Exam) are two examples.

You can find such employment by visiting the careers pages on the official websites of well-known Public Sector firms. Other prominent companies, such as Bharat Heavy Electricals Limited (BHEL), Delhi Metro Rail Corporation Limited (DMRC), and Defense Research and Development Organization (DRDO), have their own recruiting processes. If you seek a fulfilling and secure career and aren't concerned with working in your field of speciality, you can take the following examinations.

GATE is a national level engineering entrance test in which many candidates compete for M.Tech admissions or PSU jobs. Candidates may enhance their confidence and perform well in the entrance test by following a few suggestions and techniques for preparing for GATE 2023. It would be best to comprehend the topic weightage after learning the GATE 2023 curriculum. Some of the themes have more weightage in the question paper, which may help you score higher if you pay more attention. A customized study regimen based on your aptitude should be developed.

You will be able to track your progress and know what has to be studied when you have a thorough study timetable prepared. It is excellent to figure out your strong areas during the preparation process and focus on them. You may also concentrate on improving your performance in the two mandatory components of GATE 2023, the Engineering Mathematics and Aptitude Test. If you are stuck in your studies, the greatest method to get out of it is to communicate.

The UPSC IES Exam is held for four categories of recruitment: Civil Engineering, Mechanical Engineering, Electrical Engineering, and Electronics and Telecommunication Engineering. Eligible individuals are chosen for various engineering positions. The pay structure for UPSC ESE salary ranges from Rs. 15,600 to Rs. 90,000 according to the officer's rank. Marks will be given for questions that are answered concisely and efficiently. For incorrectly responded to questions, one-third of the effects will be removed.

The UPSC IES syllabus is comparable for Stage I and Stage II, except that the General and Engineering Aptitude part is included in Stage I Paper I. Tips for improving your time management for the UPSC IES Exam preparation. Take practise exams or attempt prior year question papers to determine how quickly you can complete all parts. Do not utilize too many books on a single topic; instead, stick to a small number of high-quality study resources. Enrol in a Coaching or lesson to assist you in preparing for the test.

These are two main exams you should look out for to get opportunities as an engineer in the government sector. How does Arya College's main campus help in preparing for these exams?

The Rajasthan Technical University curriculum is followed by the Arya College of Engineering and Research Centre. To increase the quality of teaching, the institute has implemented a revolutionary approach known as "Class Before Class (CBC)" for faculty members. Since the new curriculum launch in 2017, arya college main campus has used a choice-based credit system to increase academic freedom.

The college offers an innovation and research cell that helps students and faculty members strengthen their research skills. They have signed Memorandums of Understanding (MOUs) with various companies and educational institutions, including Amerigo Software, Rashtriya Udhyami, Rotary International District 3054, and Kamtech Associates Pvt. Ltd., Siberian Federal University, Bhartiya Skill Development University, and others. Arya college also includes a variety of Clubs, such as a Dance Club and a Music Club, to help students develop their cultural skills. It contains a Reading Room for students and staff members, Fiber Optics connectivity, and Wi-Fi internet access.

Indoor activities such as table tennis, carom, and chess are housed in one space. These laboratories are used to search all electronic resources and electronic databases.

The institution allows students to have significant experiences studying on campus while also promoting holistic growth and progression. It also investigates student performance, alumni profiles, and students' progression to further education and gainful employment. Bridge and value-added courses in relevant areas are provided. HEIs should identify students who have benefitted from scholarships, freeships, and other ways. Arya college main campus aims to give the greatest academic infrastructure, an ecosystem for innovation, and nurture students' innate strengths and creativity.

The Director and Principal are in charge of academic infrastructure, teaching and learning procedures, training and placements, research and development, student development, compliance, etc. Internal Quality Assurance is handled by a distinct, highly committed workforce (IQA).

That ends the article. It is important to choose what your passion is linked to. Government jobs have always been highly regarded and so have their exams. All the best!