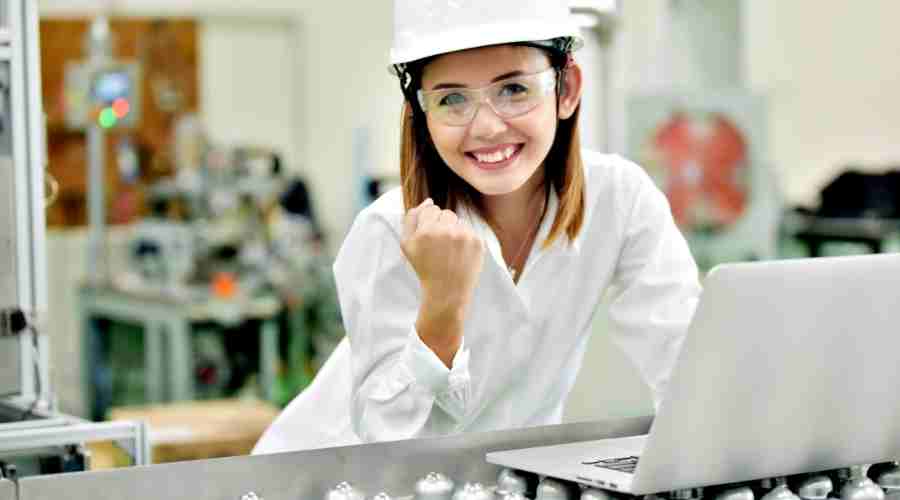 The market for technologically proficient employees is expanding as India's digital transformation accelerates. To close the gap, the nation could look within rather than abroad. Women make up as much as 40% of Indians with degrees in science, technology, engineering, and mathematics (STEM). However, it appears that neither the students nor the nation benefit from it.

Statistics of How many girls studying in engineering college-

Per the Un, women account for only 14% of the Country's total 280,000 engineers, scientists, and technologists working in scientific research institutes. Notwithstanding the women-centric programs, this is the case. "While the number of girls registering in science for higher education has increased in India, the number of women getting into the workforce has not kept pace," the UN noted. This is a worldwide issue. Women make up a small minority in science, accounting for approximately 30% of all scientists, and then only 35% of STEM students are female.

Most prominent Women Engineer in India

In India, women have traditionally avoided engineering and technology. Nevertheless, a recent trend reveals that more women are becoming involved in the rapidly increasing technology sector. We ought to be appreciative of some well-known female engineers who have achieved remarkable success in male-dominated fields by overcoming stereotypes and addressing gender equality challenges.

Sudha Murthy is a humanitarian, teacher, as well as writer from India. B.V.B. The College of Engineering & Technology awarded her an Electrical Engineering degree. She graduated from the Indian Institute of Science with a Master of Engineering in Computer Science. Sudha Murthy began her professional career as a software engineer and scientist. She is perhaps the Infosys Foundation's chairperson. Sudha Murthy also was involved in the Gates Foundation's public health efforts. After being hired as the first female engineer at TATA Engineering and Locomotive Company (India's largest automaker), she rose to prominence.

Mrs. Padmasree Warrior, a prominent IIT Delhi alumni, is the erstwhile Chief Executive Officer and a board member of management of NIO USA.

She was in charge of the development of NIO's autonomous electric cars as well as the charge of the experience for customers in these roles. She formerly worked for Motorola and Cisco as a senior executive. Working Woman Magazine honored her with the "Women Elevating Science and Technology" award in 2001.

Fortune Magazine named her one among four rising stars among the 10 "highest-paid" and "Young and Powerful" categories on its listing of the Most Powerful Women. In 2005, she was named the 11th Most Influential Global Indian by the Economic Times. Forbes named her the 71st most powerful woman in the world in 2014, and Forbes named her one of "America's Top 50 Women In Tech" in 2018.

Challenges for women in Engineering & Technology

Amongst the most significant barriers for women seeking education and a job in engineering and technology is social bias. Stereotyping: Many people believe that men perform much better in this profession than women. In Indian society, schooling is primarily a personal decision instead of an independent one for girls because it entails financial investment, social repercussions, and marital considerations, among other things.

One of the restraints is cost, as engineering degrees are more expensive than arts or commerce degrees. When a parent has limited resources and must choose whether to invest in a male or female child, parents tend to favor male children.

Cultural issues make it more difficult for women to enter and stay in the engineering sector. Indian women are expected to strike a delicate balance between their professional and personal life. They must juggle their family, babies, household tasks, care for the elderly, social commitments, and professional development. When there is a lack of parental aid, especially in cases of geographical movement, individual women's interests and ambitions become welded into family welfare.

Even though many women begin their careers in their twenties and progress to critical positions. The main issue begins when they leave due to increased family responsibilities such as motherhood at a mid-level; therefore, returning to almost the same position needs more effort. This is another factor that companies in the private sector consider when making job offers.

Security concerns are also important in recruiting more women to this sector. Many families or parents are hesitant to move their female offspring to another location for education or employment. In addition, women can feel discomfort in a male-dominated setting where there are few or no female parts of the group or workplace.

Some women avoid engineering fields due to a lack of understanding and self-motivation; they believe they lack sufficient abilities, lengthy working hours, and remote locations will not fit perfectly with them. One factor for women's lack of interest in technology seems to be a lack of information regarding role models.

Society's Awareness, Educate the public on the importance of gender, promoting gender equality in the country's development in all areas. Equal rights and opportunities must be provided based on their interests, skills, and capacities. Parents should be made aware that investing in their girls' engineering education is just as necessary and beneficial as investing in their sons' education.

Women's enrollment in engineering and technology colleges should be prioritized at all levels, with awareness campaigns aimed at igniting that flame of wonder and interest and special quotas for women. Supernumerary slots for girls are being introduced to increase female enrollment in IITs.

Women's self-motivation is an important component that can help close the gender gap in the technological workforce. Women should indeed be exposed to a variety of educational choices and career awareness, including female role models who have achieved real-world success. Parents and teachers must encourage girls to pursue engineering education that cultivates a desire in them to work hard by piquing their interests. Women should build self-confidence as well as skills so that they will always excel in every field that they choose to venture into, including the field of technology.

So, in all, it’s not about how many girls studying in engineering college, but rather about the women who graduated from these institutions, entered the workforce, and created real life changes.