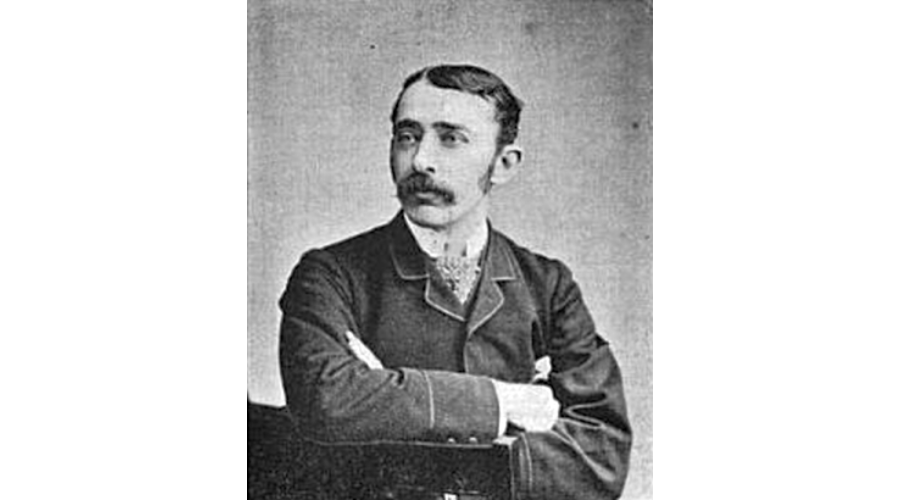 Sir John Ambrose Fleming is among history's most well-known and well-liked electrical engineers. Fleming made several significant contributions to humanity, including some ground-breaking electrical engineering inventions. For example, his two-electrode vacuum-tube rectifier, or diode, would go on for decades until being superseded by contemporary transistors. However, you may still discover one in your house today, maybe in your microwave!

Have you ever acknowledged the "right-hand rule"? Then it would be best if you thanked this individual. Before his death at the ripe old age of 95, Fleming would make more advances and breakthroughs in electronics, colorimetry, electric measures, and wireless technologies.

Fleming made significant contributions to our knowledge of electricity and aided in developing the electronics engineering field.

So, now let us learn about the father of electrons- Sir John Ambrose Fleming.

Early LifeOn November 29, 1849, John Ambrose Fleming was born in Lancaster, England. Fleming was the oldest of seven children born to James Fleming and Mary Fleming. His father seems to have been a priest in the Congregational Church.

Despite the fact that John was born in Lancaster, his family relocated to North London, where he spent most of his life.

Fleming began his academic career at a private school when he was ten. He discovered that he loved geometry in particular here. His mother had individually schooled him at home before he started school.

John Ambrose Fleming decided he wanted to be an engineer when he was 11. So he constructed a workshop where he would play with model sailboats and engines. John even created a simple camera, which sparked a lifetime interest in photography.

His family wasn't wealthy, so formal engineering training appeared out of reach. Despite this, he remained adamant about pursuing his ambitions by complementing his schooling with paid work.

At first, he tried working for a Belfast shipbuilding firm but became wary of tracing blueprints. So Fleming quickly resigned to accept a London Stock Exchange business clerk position. Fleming stayed in this role for two years while studying.

In 1870, his hard work paid off as he graduated with honours and placed in the top two in his class.

Fleming seemed hooked on higher education and enrolled at the Royal College of Science in South Kensington to study chemistry. It was here that he learned about Alessandro Volta's battery for the first time. His first research study would be devoted to this topic.

Fleming used his "time off" to advance his scientific research. He kept in touch with James Clerk Maxwell at Cambridge University regularly. As a result, Fleming was able to save £400 and get a £50 yearly stipend to pay his expenses. With this in hand, he entered university again in 1877, this time at Cambridge.

Between 1885 and 1926, Fleming lectured at many institutions, including Cambridge, University College London, and Nottingham, throughout the period and after graduation. In addition, he had the freedom to pursue his studies as a professor and department leader.

Fleming was then promoted to Professor of Electrical Engineering at University College London, which he held for the first time.

In 1882, John Ambrose Fleming joined the Edison Electric Light Company as an "electrician." He would advise on lighting systems at this location, particularly the new Ferranti AC system. Over the next decade, he would visit the United States regularly.

His experience with Edison would be extremely beneficial. The Edison effect was introduced to him here.

It was discovered how an evacuated light bulb with something like a second electrode would enable current to flow solely in one way from one electrode to the other. While Fleming did not employ the concept immediately, he did make a mental note of it.

Various British municipalities used Fleming's vast practical experience while designing their lighting systems. In addition, many new electric enterprises, such as the Swan Lamp Factory and the London National Company, would seek his advice. John contributed significantly to the construction of electrical generating stations & distribution channels in this capacity.

Fleming became the first Chair of Electrical Technology in England when he joined University College London.

His affiliation with UCL would span more than four decades. The electrical engineering school he established there would go on to become famous all across the world.

John joined the Marconi Company as a scientific advisor a few years later. John would start working on plans for the power station in Poldhu, Cornwall, with Marconi. Marconi would be able to communicate over the Atlantic with the help of this facility.

The year 1904 was arguably the most important in Fleming's life. Fleming completed his ideas for a two-electrode vacuum-tube rectifier after years of experimenting. His gadget would expand on the work of James Maxwell, his old mentor. It was termed the oscillation valve by John, and he was awarded 16 patents for it. Unfortunately, his patent in the United States would eventually be invalidated due to an alleged "improper disclaimer."

His creation, the first genuine vacuum tube, is usually regarded as electronics's birth. And hence, he came to be known as the 'Father of Electronics.' This gadget was utilized for many decades after finding uses in radio equipment, radars, and other devices. However, it was until 50 years later that solid-state transistors surpassed it.

Fleming made important advances to our knowledge and application of electricity via his inventions and contributions to the globe. Fleming worked early in his career, researching photometry, dealing with high voltage AC currents, and designing some of the earliest electric lights for ships.

Thermionic valve inventor John Ambrose Fleming is also well-known. The two-electrode radio rectifier, kenotron, vacuum diode, thermionic tube, and, of course, the Fleming valve are all names for this device.

He did extensive research at UCL during his time there. His first ten years at UCL honed his understanding of transformer theory. Low-voltage testing was done at UCL, with most "field experiments" taking place at a London Electric Supply Corporation substation.

In 1892, he presented to the Institution of Electrical Engineers the study results. His work paved the way for a better grasp of transformer theory. He was recognized for his work enhancing the accuracy of AC measurements and became a prominent authority on transformers almost overnight.

More than a dozen scientific articles and books were also written by Fleming.

The loss of hearing plagued Fleming's final years. Despite this, he continued to pursue his passions and hobbies. John Ambrose Fleming was a proponent of new technology, particularly children's television shows, from the beginning. In 1926, he was elected president of the Television Society of London.

As much as he could, John Fleming would maintain his "finger on the pulse." He would speak to the Physical Society of London regularly for the final time in his eighties and continue to publish. Fleming's Memories of a Scientific Life would be added to his impressive resume.

Mountain climbing, watercolor painting, and, of course, photography were among his other interests.

John Ambrose Fleming passed without having children. Instead, most of his assets were bequeathed to Christian organizations, particularly those that served the underprivileged.

John was also given the IRE Medal of Honor in 1933 for "the prominent role he played in infusing physical and engineering elements into the radio art."

Power generation, transportation, medical, quantum information, computers, artificial intelligence (AI), cryptography, communications, and the list goes on and on. So, what's the difference between electrical and electronic? Simply put, electrical engineers work with the production and flow of electricity, whereas electronic engineers design the electronic equipment we use on a daily basis.

Seeing the importance of electronics, millions of students opt to study it. The top universities in the country provide quality education on these courses.

It is quite evident that humanity would not have evolved without electricity and its fundamentals. So we owe it to Sir George Fleming- The Father of Electronics. It is because of him and so many other researchers that we can even read this article on our mobile phones.