Greatest Indian engineers and their achievements 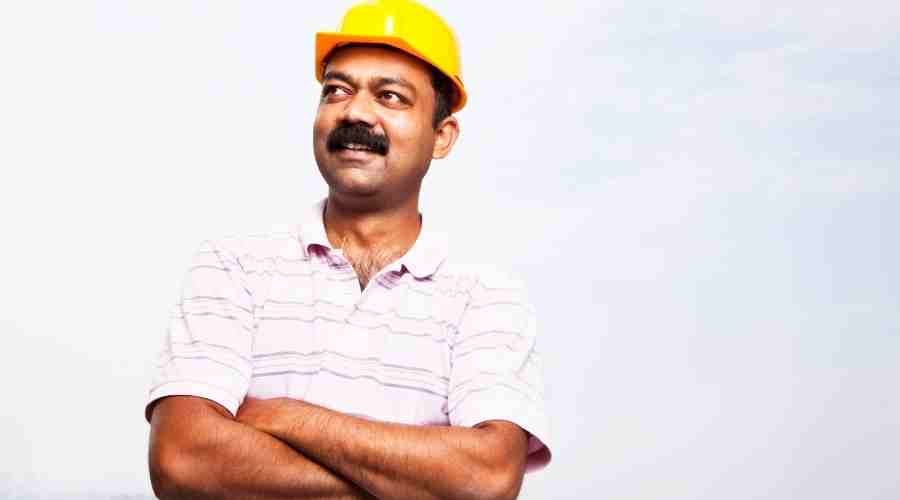 India has a long history of producing some of the world's greatest engineers. From developing groundbreaking new technology to making huge strides in space exploration, Indian engineers have done it all.

In this blog post, we will look at some of the most accomplished and renowned Indian engineers of all time.

Indian engineers are highly sought after for their skills and abilities. They have been responsible for some of the world's most impressive engineering feats, including constructing the world's tallest building, the Burj Khalifa.

Employers around the globe greatly value their skills and expertise. Indian engineers have a bright future ahead of them and will continue to make significant contributions to the world of engineering.

Who is the greatest engineer in India?

However, some engineers are considered among the best in their field. These engineers have made significant contributions to their field of work and have helped improve people's lives in India.

According to Arya College main Campus, some of the greatest engineers in India and their achievements include:

These are just some of the great engineers that have come from India. Each of them has made significant contributions to their field and has helped make India a better place.

Why are Indian engineers the best?

The answer is simple – they have the perfect combination of technical and soft skills. Indian engineers are technically sound and have strong problem-solving and communication abilities. This makes them ideal for companies looking to get the best value for their money.

Indian engineers have a strong work ethic and are known for their dedication to their work. They are also very flexible and adaptable, which makes them able to work in various industries and environments.

So if you're looking for the best engineers in the world, look no further than India! You won't be disappointed.

Indian engineers who changed the world

Today, India is home to some of the world's most talented engineers. Here are just a few of the Indian engineers achievements who have made a significant impact on the world:

Vinod Dham is often referred to as the "Father of the Pentium Chip." He was instrumental in developing several Intel processors, including the Pentium and Centrino chips.

Satya Nadella is the current CEO of Microsoft. He has been credited with helping to turn around the company's fortunes, and under his leadership, Microsoft has become one of the most valuable companies in the world.

Sundar Pichai is the CEO of Google. He oversees all aspects of Google's business, including Search, Maps, YouTube, etc. Pichai is also responsible for developing several groundbreaking products, such as Chrome and Android.

These are just a few of the many Indian engineers who have significantly impacted the world. As a result, India has become a major player in the global engineering scene, and there is no doubt that we will continue to see great things from Indian engineers in the future.

Who was the most successful engineer in India?

The most successful engineer in India was undoubtedly A.P.J. Abdul Kalam. He is best known for his work on the country's missile program, but he also made significant contributions to the fields of aeronautics and nuclear science.

In addition to his technical achievements, Kalam was also an inspirational leader and a passionate advocate for education and scientific research. He served as the President of India from 2002 to 2007, and his legacy continues to inspire young people across the country.

Kalam was born in 1931 in the southern Indian state of Tamil Nadu. After completing his engineering studies at the Madras Institute of Technology, he joined the Indian Air Force as a scientist.

He later transferred to the Defense Research and Development Organization (DRDO), where he worked on developing ballistic missiles and launch vehicles. In 1969, Kalam was transferred to the newly-formed Indian Space Research Organization (ISRO), where he played a key role in developing India's space program. Kalam first came to national prominence in 1972, when he led the team that developed India's first indigenous satellite launch vehicle. The success of this project made him a household name and established him as one of the country's leading scientists.

In addition to his work on missiles and space rockets, Kalam also made important contributions to India's nuclear weapons program. He helped develop the country's first atomic bomb, tested in 1974. Kalam served as the President of India from 2002 to 2007. During his tenure, he worked to promote scientific research and technological innovation. He also launched several initiatives to improve the quality of education in the country.

After leaving office, Kalam returned to his first love, teaching. He taught at various universities across India and continued to inspire young people with his vision for a better future.

Many engineering achievements in India are worth mentioning. Here are some of the topmost ones:

These are just some of the many great engineers and their Indian engineers achievements that have been made in India. India has a lot to offer when it comes to engineering and innovation. Keep an eye on this country, as it will continue to produce great things in the future.

Engineering marvels in the world

Many engineering marvels in the world never cease to amaze us. From incredible bridges and tunnels to awe-inspiring skyscrapers, these feats of engineering are a testimony to human ingenuity and creativity.

Some of the most famous engineering marvels include the Golden Gate Bridge in San Francisco, the Burj Khalifa in Dubai, and the Channel Tunnel between France and England. Each of these structures is a remarkable achievement in its own right.

The Burj Khalifa is the tallest building globally, standing at over two thousand feet tall. This skyscraper is a feat of modern engineering, with its sleek design and innovative construction methods. Completed in 2010, it has set the standard for tall buildings worldwide.

The Channel Tunnel is a thirty-three-mile-long tunnel that runs underneath the English Channel. It was an incredible feat of engineering when it was completed in 1994 and is still one of the longest underwater tunnels in the world.

These are just a few of the many engineering marvels that can be found worldwide. These structures stand as a testament to human achievement and will continue to inspire us for years to come.

In 2021, many famous Indian engineers will make great achievements. One of the most notable is Dr. BabisChamakidis, who invented a new type of energy-efficient engine. This engine could potentially revolutionize the automotive industry and help reduce greenhouse gas emissions.

Another well-known Indian engineer is Dr. Rakesh Aggarwal, who developed a new way to create artificial intelligence to mimic human behavior. This could potentially lead to more realistic and lifelike robots in the future. Finally, Dr. Kalyan C Kankanala has developed a new algorithm that can help improve the efficiency of solar panels.

This algorithm could help make solar power more affordable and accessible to people worldwide. These are just a few of the many amazing achievements made by Indian engineers in 2021. There is no doubt that this year has been a big one for India's engineering community. Here's to hoping that 2021 will be even better.

The greatest Indian engineers have made significant contributions to engineering, and their achievements are truly remarkable. Moreover, they have inspired other engineers to reach new heights and continue pushing the boundaries of what is possible.

Their legacy will continue to motivate future generations of engineers to solve the world's most pressing problems. Thank you for reading! We hope you found this article interesting and informative.