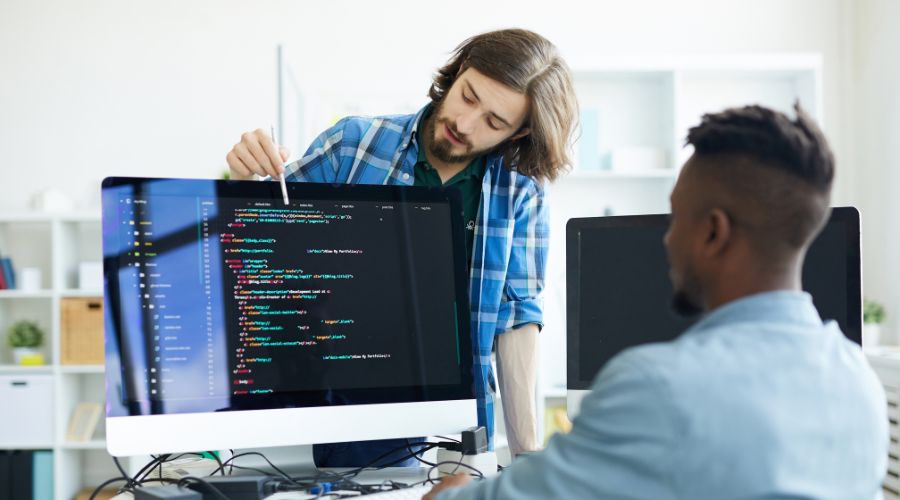 Throughout history, literacy in any language, native or not, has been one of the defining factors for determining ability. However, in today's world, another type of literacy is becoming increasingly important: programming languages.

A wide range of programming languages, from C to Python and everything in between, are used to run your computer, your favourite app, and even some of those fancy gadgets you have lying around the house.

But, with so many options, how does one decide which, if any, to learn? Let's take a look at a few of the most important and well-known ones.

Programming is an important skill for engineers because it is a basic literacy in today's digital age. However, you'll be very mistaken if you thought that writing computer programs was only for computer science students or software engineers. Indeed, not having this knowledge could stifle your career or cause you to miss out on an opportunity in the future.

However, as an engineer, you may be unsure which programming language to learn. As a result, we've compiled a list of our suggestions below. We also go over the best languages for some of the most important engineering disciplines.

What exactly is a programming languages?

A programming language is a set of instructions used to instruct a computer to perform a specific task. You can think of them as a digital recipe for instructing an electronic device to perform a task, such as basic arithmetic or even playing your favourite computer game.

Unlike you and me, computers "think" and "talk" in binary (sets of 1s and 0s). Programming languages act as a translator, converting human commands into 1s and 0s that the computer can comprehend. Each language does this in a slightly different way, with different commands, symbols, and so on, but the end result is the same: a working programme. It is entirely dependent on the language in question.

What are the top 5 most recommended programming languages for engineers?

Here are some of the most important languages to learn if you want to go down the rabbit hole in computer programming. But do remember that this list is far from complete and not in a particular order.

Please remember that learning multiple languages is frequently required to create fully functional apps or programs. For example, to create a database-driven website, SQL, PHP, Javascript (and HTML) will all need to be used together.

1. Many modern languages have their roots in C.

Dennis Ritchie designed C, also known as "K&R," but he received assistance from Bell Labs and ANSI C during its development. It's a general-purpose programming language with procedural and structured programming, recursion, and lexical variable scope.

C is a widely-used programming language for desktop applications, and it's at the heart of a lot of Adobe software.

C is an example of a low-level programming language that is extremely powerful for various applications. In addition, some C programs are designed or written with portability in mind. This implies that they can easily be moved from one computer to another.

2.Java is a programming language that can run on various operating systems.

Oracle is the owner of Java (which bought out Sun Microsystems in 2010). It runs on mobile devices, most notably Android apps, as well as some or all desktop applications, web applications, servers, games, databases, and a variety of other applications. It can be found anywhere you look.

Java runs on a variety of platforms, including Linux, Raspberry Pi, Mac, and, of course, Windows. It is another easy-to-learn programming language that is also one of the most popular.

3. Python is a fantastic programming language to learn.

Python is another example of a general-purpose programming language, which means it can be used for a variety of programming and software development projects.

Software development, Backend development, writing system and scripts data science are just a few examples. Python places a premium on code readability. That is why it enjoys whitespace.

Python was created to aid programmers in the creation of logical, readable, and simple code for both small and large projects. It is, without a doubt, one of the most widely used programming languages.

4. Many Microsoft products are built on Visual Basic. NET.

.Visual Basic NET. Is, without a doubt, one of the most widely used programming languages.

"Select Case, "If," "Loop," "Else," and "For Each," among many other reserved keywords, are used by the language.

Visual Basic Net is a good choice if you plan on developing applications that will primarily run on Windows, especially if you intend to automate spreadsheets, documents, databases, and other similar items.

5. C# is one of the most difficult languages to master.

Microsoft created this language as part of the.NET framework. It is used to create efficient programmes and can be installed on a variety of computer platforms. If an engineer is familiar with C programming and C++, he or she will enjoy learning C# (in theory at least).

Only 2–3 programming languages can be taught in college, and they mostly revolve around C, C++, and Java. Even though they teach us these languages, it is insufficient for us to become good programmers because they only teach us the fundamentals of these languages.

Some of these colleges include;

Colleges primarily focus on developing our fundamental understanding of the subject matter. As a result, they primarily concentrate on teaching us about Data Structures, Computer Architecture, Algorithms, and other related topics.